AI Makes Its Way to Space

The first robot with true artificial intelligence (AI) is on its first trip to space!

The robot is headed to space with SpaceX’s latest supply delivery to the International Space Station (ISS).

Cimon was launched into space this past Friday, June 29th, in SpaceX’s Falcon 9...

Cimon was named after the genius doctor in the sci-fi series Captain Future. And Cimon’s name is also short for Crew Interactive Mobile Companion.

Christian Karrasch, the project manager on the Cimon project and a physicist at the German Space Agency (DLR), told the press on Thursday: “He’s a friendly guy and he has this hard power-off button.” 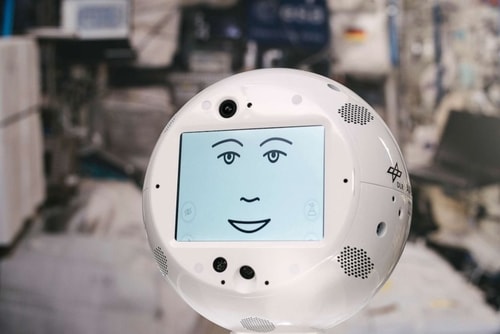 Cimon doesn’t have any legs and arms, which makes the robot immobile… for now. It’s only being used as extra brainpower at the moment. But we could see a mobile AI companion in the future.

It would be a companion that could grab, climb, and even venture outside. It would perform mundane tasks to save the space crew time and help them avoid potential risks from going outside the spacecraft.

Cimon weighs 5 kg. But when it's in zero gravity, it'll float around the spacecraft thanks to its 14 internal fans. It's also equipped with microphones and cameras. And it's designed in this way so Cimon can interact with German astronaut Alexander Gerst, whom it will be working with on experiments.

Cimon will serve as a test of how AI robots and astronauts communicate and work together in space...

The Benefits of an AI Robot

So, how does a robot with AI capabilities benefit space travel? Well, when astronauts travel in space with an AI robot, they’ll have access to quick medical help if an emergency arises. In these cases, astronauts won’t have to wait 20 minutes for a call for help to reach Earth and then another 20 minutes for advice back to the crew.

An AI robot would provide instant aid, which would significantly help crews in distress.

This project has been almost two years in the making. And it's cost just under 5 million euros ($5.8 million).

Cimon’s brain is courtesy of IBM (NYSE: IBM). Cimon has Gerst's face and voice imprinted in its memory because they'll both be working together closely. But that doesn’t limit the robot from working with the other astronauts.

Cimon is expected to grow smarter and more knowledgeable as the trip goes on. And it'll be learning from Gerst and other astronauts.

AI will be a technology with an endless amount of purposes. In this case, it’ll be to assist space crews in exploration.

AI expert Noel Sharkey at the University of Sheffield said:

The use of artificial intelligence in assisting space flight is an obviously good use of the technology.

It is only in the experimental stages at present and if it is not useful, no space agency will want to waste incredible valuable space with it.

Cimon will return to Earth on December 13th.

Robots aren't only limited to space exploration. Right now, robots are being used in many industries. And they're projected to spread throughout the consumer market over the next few years.

According to the International Federation of Robotics (IFR), by 2019, more than 1.4 million new industrial robots will be installed around the world.

AI and robots will see a huge boom over the next year that will flow into the decade. We can't deny how important this technology is for us right now. But it doesn't stop there. AI will lead to amazing innovations that will create an unbelievably smart future for everyone.