Is This Company the Next Uber?

A new bird just arrived in many American cities...

I live in Baltimore. And while walking downtown a few weeks ago, I noticed something rather unusual. At least for Baltimore. There were a few electric scooters leaning up against a wall. And on each scooter was a sticker labeled “Bird.”

I was very intrigued when I saw these scooters. I'd never seen them before downtown or anywhere else in the city. Where had they come from? What was “Bird?”

Naturally, I went back to my office to do some research on what I assumed was the company providing these scooters throughout the city.

The company, which is called Bird, is a scooter-sharing startup. And it launched a pilot fleet of more than 60 dockless electric scooters on June 28th around the Baltimore harbor. 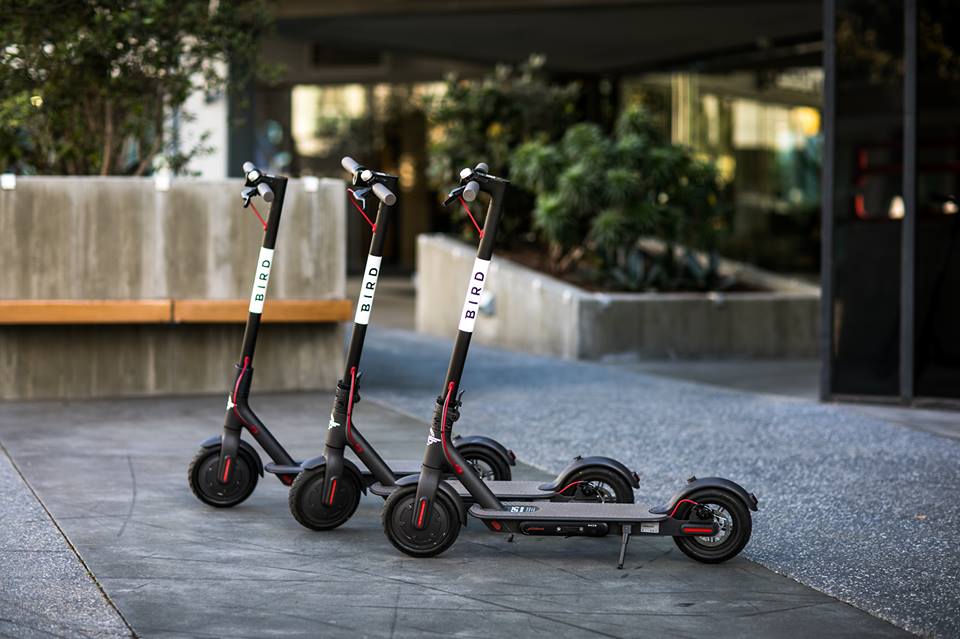 The scooters can be rented with Bird's mobile app for $1 and cost an extra $0.15 per minute.

Baltimore, specifically, has been having issues with these types of platforms. A bike-sharing program was launched last year. But officials recently had to temporarily shut down the program for a month because of theft, vandalism, and a long maintenance backlog.

So, incorporating an electric scooter-sharing system into Baltimore might not seem like a good idea. But Bird says it will hire people to retrieve the scooters at sunset each evening for storage, charging, and any repairs.

Bird said, “More than a third of car trips in the U.S. are less than two miles long.” So, being able to reduce or eliminate those kinds of car trips will lessen the amount of traffic in cities.

“Bird’s mission is to replace these trips — get people out of their cars, reduce traffic and congestion, and cut carbon emissions,” the company added.

Eighteen months ago, Bird emerged onto the scene. It began in Santa Barbara, California, and later opened up in San Francisco...

The company first started gaining attention when it left its scooters everywhere in San Francisco this past March. People were intrigued by these scooters. And by April, investors were pouring money into Bird, which gave the company a $1 billion valuation.

More and more venture capitalists joined in on the hype with this electric scooter-sharing company. And within a few months, the company raised an additional $300 million and reported a $2 billion valuation.

“We have met with over 20 companies focused on the last-mile problem over the years and feel this is a multi-billion dollar opportunity that can have a big impact in the world,” said CRV’s Saar Gur.

There have been recent concerns about how to better manage transportation within cities. And electronic scooters are one of those options.

Instead of hopping into your car or hailing a ride from Uber or Lyft, commuters will have another option. They can instead ride on an electric scooter to take them to their nearby destinations.

It’s been hot here in Baltimore. And if you're a person who usually walks to work, then a ride on a scooter to get back home in the afternoon would be ideal. It would be quicker than walking, which would mean less time in the heat.

As with almost anything, there are pros and cons. One obvious con is the possibility of theft and people abusing the scooters, which would cost the company money.

Regardless of the cons, there are a lot of investors who believe that this will be the next booming sector. It's on its way to being a sector that’ll grow big and fast.

Bird isn’t the only electric scooter-sharing system that’s been working on expanding its fleet of scooters in cities nationwide. One of its competitors is called Lime.

Alphabet has also joined the scooter mania. It recently invested in Lime during a round of its financial funding, which earned $300 million for Lime.

Recently, there's been some backlash regarding these scooters. A few cities are trying to ban the scooters, including Boston, Louisville, San Francisco, and Denver.

It seems like some of the public isn't quite ready for this new way of sharing a "ride." There have been social media posts, and there's even a hashtag on Instagram about the scooters "behaving badly." The hashtag is #ScootersBehavingBadly.

Bird's CEO and founder had this to say about the recent bans:

We want to work with cities and figure it out. It's been hard for [cities] to see this wave of electric scooters coming and so there's really not a lot of laws around the electric scooters yet. We're actually supportive of regulation.

But the real turning point for this sector will be within the next few years. If this is an idea that sticks around, it could definitely benefit a lot of people. And it could also bring some serious profits to these scooter-sharing companies.