Making Money From Who and What You Know

I'd begun to trade on the floor of the New York Futures Exchange (NYFE) a few years earlier.

I'd thought I knew everything. The stock market quickly taught me otherwise.

But I was smart enough to seek advice from people who knew more than I had. I wasn’t too shy to ask strangers, friends, or people I met on the subway for advice.

I also found that people were very willing to share advice. That's been true my whole life. When my oldest son graduated high school a decade ago, he didn’t have any idea what he wanted to do with his life.

I called a friend of mine and asked if he would speak to him. My friend was on his way to the Forbes 400 list. He’s now listed as one of the 500 richest people in the world.

He didn't wait for my son to approach him. He found out where he would be and “bumped” into him. He spoke to my son for more than an hour and then made sure to follow up with him over the next few weeks.

I’m very grateful but not surprised. In fact, I’ve always found that people at the top of the food chain are eager to pass on what they've learned. It’s a way of paying it forward...

Invest in What You Understand

When I started to manage money, I came across what looked like an interesting investment opportunity.

There were a few things I didn’t fully understand about the business. But I figured at that moment it wasn’t important.

I was about to plunge ahead and make the investment. In fact, I was putting the trade in at the market close.

At noon that day, I went to get a cup of coffee. And just my luck, I bumped into a successful money manager whom I'd met a few years earlier at a fundraiser.

While standing in line to pay, we started talking. I told him how I was dumbfounded by one aspect of a trade I was about to execute. What he told me next saved me making from making a very stupid and costly mistake…

I went back to my office and canceled the trade. And that lesson has served me very well.

It's kept my members and me away from investments that could’ve been disasters...

The Value of Cryptocurrencies

Those who'd taken my warnings to heart avoided catastrophic loses. These are the returns for 2018 on the most popular cryptocurrencies:

Since this table was printed, cryptos are down even further.

You don’t need to invest in every investment that you hear about or that’s popular. To make money, you only need to find and stick to a few simple ones.

Investing in the CEOs

I’ve found that one of the easiest ways to make money is to invest alongside smart investors.

I have a small group of CEOs that I’ve followed for decades. What they all have in common is that they treat shareholder money like their own. And they continue to build shareholder value year after year.

One of which is Brookfield Asset Management (BAM), led by CEO Bruce Flatt. Flatt is an outstanding manager and runs a great company. Brookfield invests in real estate, power, and infrastructure. It also manages money for outside investors. 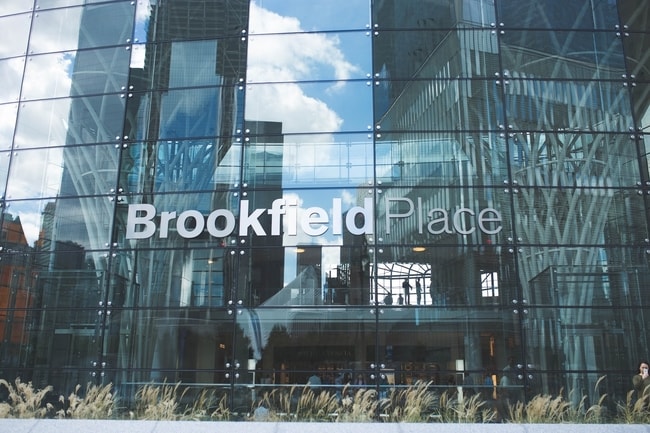 I recommended Brookfield to my members a few years ago. The stock was trading at a discount to the worth of the business. Since then, shares are up by more than 45%.

In his latest letter to shareholders, Flatt wrote about compounding.1 He said Brookfield’s reputation “for fair dealing and our transactional advantages of scale, global platform and operating capabilities” is the driver for future returns.

Our goal in the medium term is to shrink the shares outstanding to under what we had in 1999, while adding value to each remaining share as a result of acquiring the shares at substantially less than what we believe to be intrinsic value.

Buying at a Bargain Price

Brookfield is now trading at an attractive price of around $40 per share. Mr. Market is giving investors a great opportunity to invest in a great business with an outstanding manager.

Brookfield is a compounding machine. Investing at these levels should produce outstanding results in the years to come.

Over the coming months, I’ll reveal more of the CEOs I trade alongside and why I follow them.