Back then, a 65-year-old's life expectancy was only five more years...

He reached for the box of tissues on my credenza.

“This is all I've got,” he whimpered.

Then, he started to dab the corners of his eyes.

I'd been sitting behind my desk and had to look away. I didn’t want to see a 70-year-old man cry.

I ran my own money management business for more than 20 years.

Our clients were high-net-worth individuals and small business owners.

Today, they would be considered part of the top 1%.

Ed had sent his two daughters to private schools and later to Ivy League colleges.

He had a beautiful apartment on Park Avenue and spent his summers in the Hamptons. Ed had been living large. He was a CFO for a midsize sportswear company in midtown Manhattan.

And he made a very nice living.

But now, glancing down at his retirement account balance, he knew the party was over.

This same scene played out more times than I can remember.

A man would work hard his whole life.

His family would enjoy all the luxuries he'd provide them. His wife would want for nothing. But come retirement, he'd have to pay the piper.

And he wouldn't have enough money saved to maintain his lifestyle in his retirement years...

Now, don’t get me wrong — Ed had a retirement account in the mid-six figures.

But with the way he wanted to live, that money would barely cover his next three years of expenses.

The problem wasn't that he hadn't planned for retirement. He really had. Each year, he'd put money into his account like clockwork.

The problem was that he hadn't invested the money wisely.

He'd taken a few fliers over the years, but that wasn’t the problem. He'd never put more than 2% of his assets into a penny or story stock.

Ed’s problem was that he'd invested too much in low-earning instruments like bonds and dividend-paying stocks. Based on how much he needed to live on, there was no way that a 5% return would give him the lifestyle he wanted.

Ed’s mistake is all too common. He'd done the right things but still ended up in a pretty terrible place...

Live Below Your Means

Another one of Ed's problems was that he would most likely outlive his money.

The Social Security Act was signed into law by then-President Franklin Roosevelt in 1935. 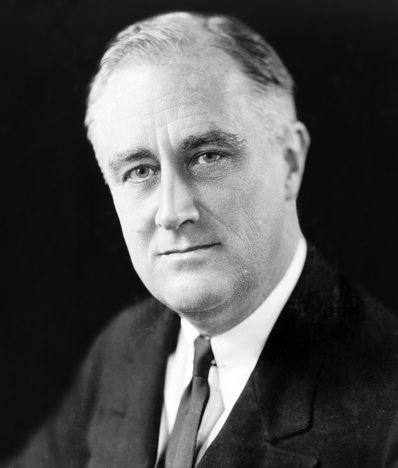 During the Great Depression, one in two senior citizens lived in poverty.

The act was designed to pay retired workers age 65 years and older a continuing income after retirement.

In 1935, when the act was signed, a 65-year-old male’s life expectancy was only five more years. By the time he turned 70, the odds were that he was dead.

Back then, the problem wasn't outliving your money but instead just having enough retirement money.

Today, the problem is much different. A 65-year-old male's average life expectancy is close to 19 more years.

Do you have enough money to maintain your lifestyle for the next 19 years?

And if you don’t, what’s your plan?

If your plan is to buy Bitcoin or pot stocks, I wish you luck.

That isn't the way to build real lasting wealth.

Those “investments” are nothing more than lottery tickets.

If you go down that path, I hope you'll get used to living in a furnished two-bedroom apartment on the seedy side of town. Because the reality is, you won’t be able to afford anything else...

It’s Not Too Late

But all is not lost.

I hope you do have a mid-six-figure retirement account. But if you don’t grow your money at a high rate of return, you’ll soon be sitting next to Ed. And that’s not where you want to be.

The way to build real wealth isn’t hard to do, and it's not too late to start building.

It requires an approach that's worked for decades, avoids risking the total loss of your money, and grows your investment at an above-average rate of return.

You don’t need to swing for the fences. In fact, that's what you should totally avoid doing. Instead, earning consistent returns over long periods of time is how real lasting wealth is made.

Truth be told, some of my biggest winning investments have been “trades.”

But you have to be disciplined and know exactly what you’re looking for in a trade.

And that’s why I want to tell you about a little trading pattern in the stock market that’s been working like a charm for me.

And if you have a few minutes, I’d like to show you how it works...