Not a Game of Difficulty

It was during the morning break.

I'd gone into the lobby for refreshments.

There must have been close to 500 people there.

It gets former alumni and great investors to speak and have panel discussions.

It draws the best and brightest from the investment world.

I grabbed a cup of coffee and wandered over to a group of newly minted MBAs.

They'd worked during the day and gone to classes at night. These kids were sharp.

I listened in on their conversation about a company.

I stood there for 10 minutes, sipping my coffee, and listened.

But for all the time that I was there, all they talked about were numbers: price to earnings, free cash flow, revenue growth — it went on and on...

They were talking and valuing the company as if it were just a jumble of numbers and ratios...

The Sum of Its Parts

I’ve seen this same rookie mistake happen many times over the years.

Investors forget that a company isn't just a bunch of numbers. It’s not wiggles and jiggles on a chart either.

Instead, a company is a business run by its managers and employees.

A business is about making things or providing services and selling things or services. That’s pretty much it.

You need to ask the simple questions before you dive into the numbers.

Before I even look at the numbers, I want to know how the business makes money, what competitive advantage they have, and who's running the business.

These would be the same questions I'd ask regardless of whether I was buying into a lemonade stand or Apple.

It doesn’t get much simpler than that...

Why I Love This Monopoly

One of the stocks in the Park Avenue Investment Club portfolio is Sirius XM Holdings (SIRI).

Sirius is a simple business to understand. The company provides a subscription-based digital radio service — mainly through new and used cars.

Sirius’ competition? It's the only satellite radio company in the U.S, so the company has a virtual monopoly.

After I understood the business, I then looked under the hood at the numbers.

Management has done an outstanding job at running the business.

The company generated more than $400 million in free cash flow, money that's left after paying all expenses, for four of the past five years.

So far, we're ahead more than 20% since adding Sirius to the portfolio. And we're in the early innings of what I see as a possible tenbagger. 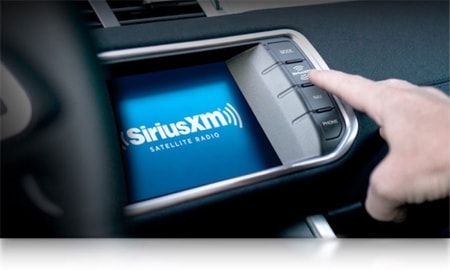 But Sirius is just one of our positions that have tenbagger potential.

There’s another emerging technology that’s quietly being adopted by corporations and citizens alike.

It has such life-changing potential that every billionaire I know is scrambling to invest in it.

And just like Sirius, the company behind much of this potential has a giant moat around it that separates it from the competition. And that's because it's protected by a mountain of patents.

To find out what I’m talking about, be sure to check out the exclusive presentation that I’ve prepared. It provides you with an in-depth explanation of why this company will be the dominant technological force for the next 50 years.