It felt like 100 degrees, but I didn't seem to notice because what he was telling me simply blew my mind...

Let me back up a second so you have some idea of what I'm talking about. I'd just landed at Ben Gurion Airport in Tel Aviv, Israel.

I was going to be in Israel for the next 16 days. Besides visiting family, I'd set up meetings with CEOs of Israeli technology companies.

Israel has its own version of Silicon Valley.

Most technology companies have research and development (R & D) offices in Silicon Wadi. Google, Facebook, Oracle, and Microsoft, are only a few of the international technology giants with a presence there. 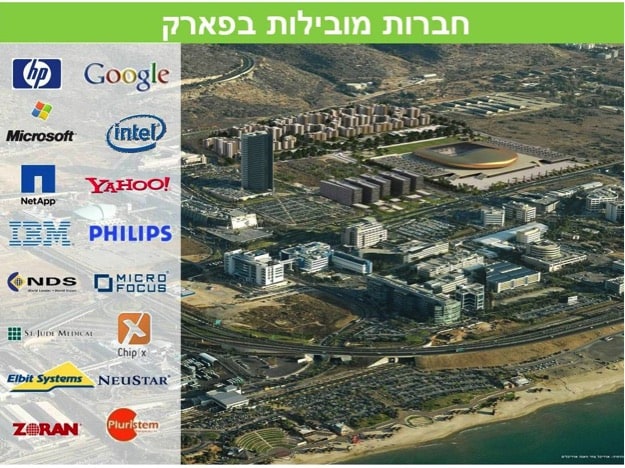 The Next Googles and Facebooks

Over the past few months, I've been following Israeli tech news. And I compiled a short list of companies that I wanted to learn more about.

As an investor, I couldn't ignore the amazing innovations that are coming out of Israel.

Most startups are being gobbled up by tech giants or doing joint ventures with them. Deals happen very quickly in Israel.

The day that I landed, Bank Hapoalim, Israel's largest bank, partnered with Microsoft (MSFT) to create a blockchain digital platform. The new process will allow customers to digitally issue a guarantee. That makes yet another process that customers can do online without needing to physically go to a branch.

And it wasn't the only investors in Elastifle. Samsung, Cisco, and Dell also participated in the investment.

Warren Buffett's Berkshire Hathaway bought Israeli-based ISCAR Metalworking in 2006. He paid $4 billion for 80% of the company.

This was Berkshire's first international acquisition outside of the U.S. In 2013, Buffett bought the remaining 20% for $2 billion.

In one of his shareholder letters, Buffett described ISCAR as one of Berkshire's five most profitable companies outside of its insurance businesses.

It was pretty obvious to me that I needed to get to Israel and see what I could learn. And it was all because the next Googles and Facebooks will come from Silicon Wadi.

A few months earlier, I got a call from an Israeli friend of mine.

His mother had escaped from Auschwitz during the Holocaust. She'd been the only surviving member of her 65-person family. She made her way to Israel in 1947, married, and built a family. Her son is a very close friend.

I received his call as soon as I arrived at my office.

“Charles, how soon can you get to Israel?” He sounded very excited. He then went on to tell me about some of the innovative companies that I should get to know. “If you think Mobileye was a big deal, wait until I tell you about these companies...”

Mobileye was a big deal. The company was founded in Jerusalem in 1999. And it developed one of the most advanced vision-based driver-assistance systems.

These systems provide warnings for collision prevention. In March 2017, Intel acquired Mobileye for $15.3 billion. This was the largest acquisition of an Israeli company to date.

My friend told me that there were three companies I should know about.

And the more he talked, the more interested I became...

Deals to Be Found

So, a few weeks later, I landed in Israel. I met him at a hip coffee shop in Silicon Wadi. I could've easily mistaken it for Silicon Valley. The outside temperature was close to 100 degrees.

Inside were hipsters with open laptops who were sipping coffee with investors.

Sitting next to us were two young men. They couldn't have been more than 25 years old.

Across from them was a Chinese man dressed in a business suit. And next to him was his translator. I was able to eavesdrop on part of the conversation because, although I don't speak Mandarin, I do speak Hebrew.

The conversation was a tug of war. The Chinese investor wanted to buy the whole company. But the Israeli 20-somethings only wanted to sell 20%. When we left, they'd still been trying to make a deal. It seemed like deals were taking place everywhere I looked...

The first company that my friend told me about was a medical device company.

Colon cancer is the third most common cancer and the second leading cause of cancer-related deaths. The use of the G-EYE device is able to substantially increase detection in precancerous polyps. 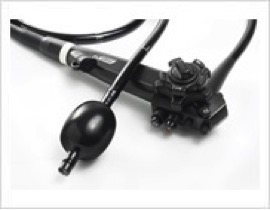 What I like about the company is that its product is an add-on: It enhances the existing technology of endoscopies. This cuts down the investment risk. There isn't a need for substantial investment or a big learning curve for endoscopy centers to use this product.

Smart Medical Systems is still a startup. It recently raised $8 million in a Series B financing round. There isn't currently a chance to invest in the company because it's still private. But I'll be following the company's progress over the next year.

So, if an opportunity arises for us to make money, I'll let you know.

In the meantime, stay tuned for more opportunities that I've discovered…