Staying Cool During a Market Meltdown

Profiting From a Crash: When Preparedness and Opportunity Meet

“If you can keep your head when all about you are losing theirs...” — Rudyard Kipling

I sat down for drinks with a few friends last week.

We were trading investment ideas. President Donald Trump was starting a trade war with China.

The stock market was tumbling, and we were looking to buy.

I consider the guys who were sitting around the table with me to be some of the best investors I know.

They had all traded at least $100 million of client money through the 2008 financial crisis.

And they all had the battle scars and great returns to show for it.

While others panicked during the crisis, my buddies had been as cool as cucumbers.

Those had been very scary days; the monetary system had been gummed up. 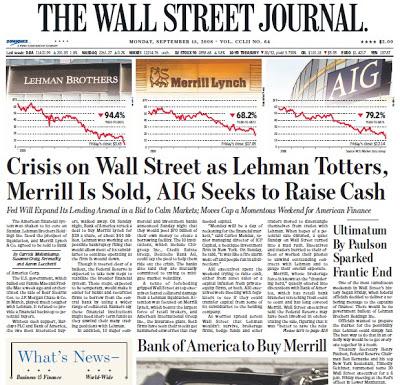 Major corporations hadn't been able to borrow short-term funds to make payrolls. Interest rates had turned negative, and you'd had to pay the U.S. Treasury to hold your money.

Century-old investment banking firms had all had one foot in the grave. And there'd been serious talk about nationalizing the banks.

It'd looked like the end of capitalism as we knew it...1

After about an hour of trading war stories and ideas with my friends, I headed home.

I'd picked up a few good trading ideas, and I couldn’t wait to get home to start my research. But I was beat. I decided my research could wait until the morning...

When Preparedness and Opportunity Meet

The next morning, I wanted to see if I'd been as cool as a cucumber back in 2008 or if my memory was only serving up what I wanted to remember.

I'd been managing a hedge fund during the 2008 financial crisis. And each quarter, I'd write a letter to my partners.

I started to search for my letters on my computer. They would be the best indicator of how I'd reacted while the stock market had been melting down.

After reading a few quarters' worth of letters, I was shocked...

I couldn’t believe how calm I'd been!

In the first quarter of 2007, fear had gripped the market. The fear had been over subprime borrowers defaulting on their mortgages.

I'd written to my partners about how it was during times like these that “preparedness and opportunity" would meet.

I'd also written that I'd had a long list of great companies that were starting to trade at bargain prices.

I'd reminded them that buying during periods of panic was the best way to make money. Investors who bought during these times “were rewarded handsomely for their cool-headedness.”

Over the next several quarters, the stock market fell even further. It finally bottomed out in March 2009 after it lost more than 50% of its value.

It had been the worst financial crisis since the Great Depression...

If you're hiding under your desk or are experiencing pain from looking at your stock holdings, you're not alone.

Most average investors are doing just that. They've been overtaken by fear and are missing out on great opportunities.

Some of our largest gains have come during market uncertainty.

Most investors waited for the other shoe to drop. No one believed that the stock market could continue to rise.

In late April 2010, the stock market started to head lower. And Investors were convinced that the market would fall below the March 2009 low. 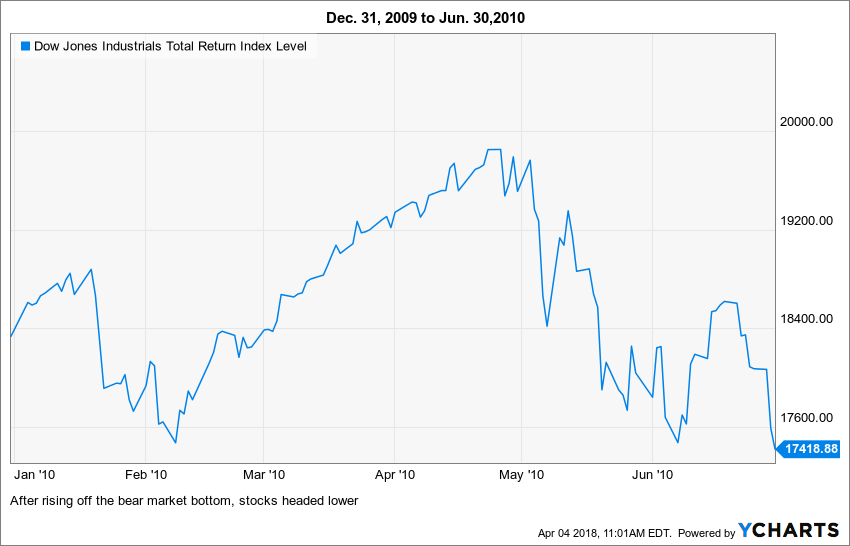 I hadn't even been looking at the stock market’s wiggles and jiggles. Instead, I'd been focused on a small company that was financially sound and had virtual monopolies in niche markets.

I'd figured that the stock was worth about $180. Atrion had been trading below $120.

I recommended it to Park Avenue Investment Club subscribers. And we added it to our portfolio on June 7, 2010, at $116 per share.

It’s still in our portfolio.

That’s what happens when preparedness and opportunity meet...

Getting in Position to Profit

The recent sell-off has turned several of the stocks that I follow into bargains. And I'd love to see prices fall even lower.

I recently added a stock to the portfolio that has the potential be another Atrion.

The company hired a rock star CEO with a proven track record. Over the past year, margins are higher and expenses are lower.

Wall Street is snoozing on this one. My calculations put this stock at $40–$45 per share. And it's currently trading for half that price.

It has everything that Atrion had going for it back in 2010 and more...

I wouldn’t be surprised to see my latest recommendation rise by 200% within the next few years.

You don’t want to let this stock pass you by. The growth is there, and it’s should be heading higher.

And that's why I want to share with you the name of this stock and other stock recommendations that have similar characteristics.

Click here to learn more about the stocks that’ll keep you stress-free in the face of market uncertainty.

1 To put this in better context, click here to see Newspaper front pages during the financial crisis.