The First Time I Heard About AI

The first time I heard about artificial intelligence (AI)…

I was at an investment conference in 1993.

After all the sessions and networking, I headed to the bar.

One of the money managers I knew offered to buy me a drink. He snickered when I ordered a club soda with a twist of lime.

His wife was a flight attendant. They hadn't needed the money; she just loved her job. They were both married not to each other but instead to their careers.

He started telling me about AI. His wife had been telling him about how her airline was using it for ticket pricing.

He explained it pretty simply: “The computer ‘learns’ what flights, days, and times are the busiest and slowest. It then adjusts the seat prices. It’s going to be a real game changer.”

It sounded both logical and simple. He went on to say how he was starting to use it for managing money. I lost touch with him over the years but didn’t forget our conversation.

At the time, I thought that AI was a recent discovery. But I was dead wrong.

AI has been around for a long time — a lot longer than I'd initially thought.

I know it probably seems like this tech revolution has just begun. And in a sense, it has.

AI started out in 1950. A brilliant young man, Alan Turing, who is also credited with developing the first computer, laid the foundation for AI.

Turing came up with a test for AI that changed the ways in which we looked at computers. And nothing has ever been the same since...

Alan Turing: The Father of AI

Turing’s extraordinary life was recently made into a movie, The Imitation Game.

Computer geeks have known for a while who Turing was. But when the movie came out, Turing was "introduced" to the rest of us.

His story is truly incredible and very fascinating...

The Man Behind AI

Alan Turing was born in 1912 in Paddington, London. He was a computer scientist, mathematician, logician, and cryptographer. If it isn’t already obvious, his skills were endless. He was a determined and intelligent individual.

One of his greatest accomplishments was breaking the code of the Nazi Germany Enigma machines from World War II.

Nazis used Enigma machines to protect diplomatic and military communication. It was a way to change the letters used in a message so that the message appeared scrambled or random to those who intercepted it.

When he broke the Enigma code, Turing was working for the Government Code and Cypher School (GC&CS) at Bletchley Park. 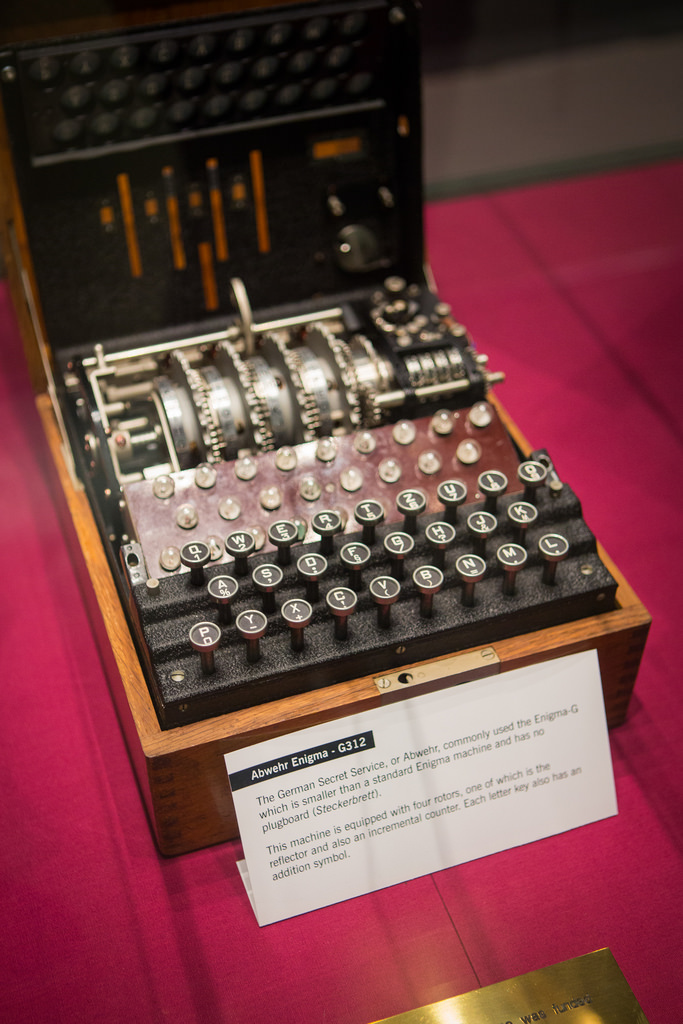 Let’s just say breaking the code didn’t go entirely unnoticed. Historians believe that over 14 million lives were saved because of Turing’s work. He was even credited with shortening the length and course of World War II.

And his accomplishments didn’t stop there...

What does this machine do? It’s a hypothetical machine that can simulate any computer algorithm — no matter how complex the algorithm is.

It can compute anything that can be computed.

This machine was an abstract computing machine that incorporated the fundamental logical principles of what you would encounter with a digital computer today.

Still unsure of what this machine does? Check out this video to learn more about the Turing machine.

In 1945, the National Physical Laboratory (NPL) in London recruited Turing to begin creating an electronic computer.

Turing created a design for the Automatic Computing Engine (ACE). It was the first specification of an electronic stored-program, all-purpose digital computer.

Unfortunately, the ACE was never built. The NPL thought that Turing’s design was too difficult to build.

However, if it were built as planned, it would have had more memory and would have been faster than any of the early computers. A smaller machine was built instead, called the Pilot ACE in 1950.

After Turing’s arrival at the University of Manchester in 1948, he snagged the position as the deputy director of the Computing Machine Laboratory. He worked on the development of computers by designing an input-output system and a programming system.

Alan also wrote the first-ever programming manual. And his programming system was used in the Ferranti Mark 1 — the first marketable electronic digital computer.

Turing had many breakthrough accomplishments during his short life.

Those accomplishments have been the basis of many technology advancements throughout recent history.

And this is especially true when it comes to the field of computer science, computers, and Artificial Intelligence...

Turing initially asked this question in the opening of his paper “Computing Machinery and Intelligence” while working at the University of Manchester.

But because the word “think” is a hard term to define, Turing replaced that question with another: "Can machines do what we (as thinking entities) can do?"

Alan believed that this was a question that could be answered. And the quest to find the answer to his burning question led to the creation of the Turing Test.

This test doesn't measure the level of intelligence of a computer but instead whether or not it has the capacity to behave like a human being.

The test involves three participants: a computer, a human interrogator, and a human.

If the computer has a higher probability of being misidentified as the human, then the computer is successful at “thinking,” or being able to do what we (as thinking entities) know how to do.

From this was where the ideology of AI was born. Alan Turing is considered to be the father of AI because of his Turing’s Test and multiple papers on the subject of machines learning and behaving similarly to thinking entities.

The definition of artificial intelligence, according to Merriam-Webster, is as follows:

1: a branch of computer science dealing with the simulation of intelligent behavior in computers

2: the capability of a machine to imitate intelligent human behavior

This was a breakthrough for Turing, and it happened in the mid-20th century. No doubt, he was ahead of his time.

Now in 2018, AI continues to be a staple for most of the technologies and applications that we use today. Every time you search for something through Google or get alerts from your bank when it notices “suspicious activity,” it’s all because of AI.

Honestly, that’s just the tip of the iceberg.

The benefits that this type of technology will have on our lives have just begun.

But believe me when I say these are the early days of AI and fortunes will be made for years to come...

And I’ve found the one company that stands to make millions for its investors.

It’s a company that I’ve been researching and is at the forefront of this huge trend. This company is a fraction of the size of Facebook and Oracle, but it will dominate the market.