Think Barack Obama handing out free cell phones during his presidency was bad? Wait until you hear about this...

In the late-1990s and early-2000s, the U.S. government spent tens of millions of dollars on buying video games for kids of lower-income households. Yes, video games!

And the government handed out thousands of Sony PlayStation gaming consoles in schools across the nation for free!

You didn't hear about this?

That doesn't surprise me. I just learned about all this myself. And finding information about the distribution of the gaming hardware and software has been difficult. But here's what I learned...

First, we need to go back to 1965. That was the year then-President Lyndon B. Johnson's "War on Poverty" campaign got the Elementary and Secondary Education Act (ESEA) passed. Prior to 1965, federal involvement in education was minimal. But this was the year that the government would start funding public education. 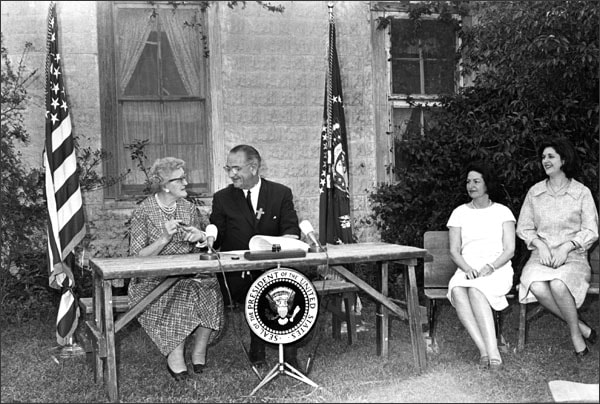 Then-President Lyndon B. Johnson, seated with his childhood schoolteacher,
delivers remarks after signing the ESEA into effect in 1965.

The Title I provision of ESEA gave federal funding to schools and districts with a high percentage of lower-income students.

It's worth mentioning that this was an era of great social welfare reform. Along with ESEA, the government also enacted...

The ESEA has been reauthorized every five years since it was enacted. And each new presidential administration has made revisions.

In 1994, then-President Bill Clinton's Improving America's Schools Act (IASA) came into effect. This reauthorized the ESEA and made major reforms that included more funding for technologies to be implemented in education.

Clinton's IASA, and its push to reform the use of technology in education, coincided with the video game boom of the early 1990s:

So, naturally, someone eventually put two and two together: Kids love video games + the government will pay me to develop educational video games = I'll make money. And that's exactly what happened.

In the early 1990s, many software companies tried to capitalize on the mixture of demand for technology in the classroom and the popularity of video games.

Among the most successful was maybe a San Diego-based software developer called Lightspan, Inc.

Lightspan incorporated itself in 1993 with the mission to create educational software and internet products to be used by schools.

I can't find much information on the early history of Lightspan. The company did eventually go public, and it started to trade under the symbol LSPN on the Nasdaq in 2000. But I can only find limited data on the company's operations and finances prior to its initial public offering (IPO).

But an investor brochure archived on the Securities and Exchange Commission (SEC) website shows significant growth in Lightspan's Achieve Now product between 1997 and 2000: 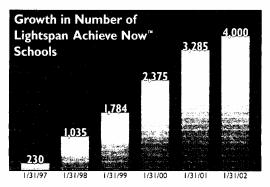 The Lightspan Achieve Now program was originally launched in 1996 as a K–6 curriculum program that combined game software with learning. Today, this is known as "edutainment."

The Achieve Now software was called Lightspan Adventures and came on a CD-ROM that ran on PCs and Sony PlayStation game consoles.

But less than 5% of participating school systems opted for the PC software. Why's that?

Additionally, the computer labs in many of the participating schools were grossly outdated. So, if a school wanted to implement the Lightspan Achieve Now program, it also needed to provide hardware. That meant shelling out maybe $1,000 for a full PC or about $100 for a Sony PlayStation.

Over 99% of Americans had televisions in their homes. So, it made sense for the schools to opt for the PlayStation software and buy the consoles. And that's exactly what they did. 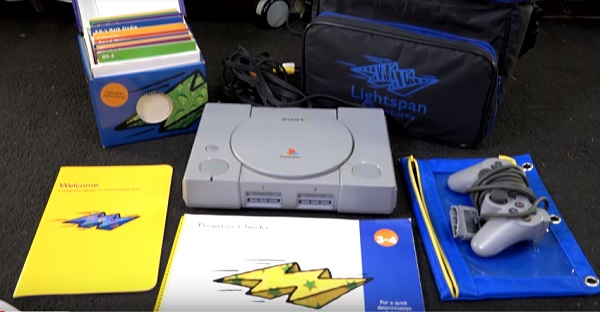 And what did it cost?

Or at least that's what the Lightspan Achieve Now program cost in 2001, according to fiscal documents on Nevada's legislative government website: 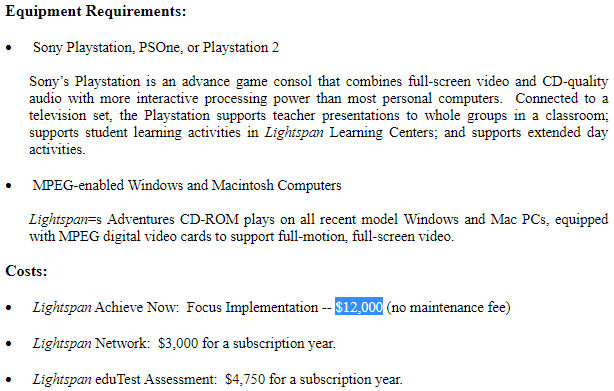 But, hey, no maintenance fee.

Oh, and that's not to mention the high cost of internet services, which only included internet for the classroom with a bunch of firewalls.

The Sony PlayStation first launched in North America in 1995 for $300. By 2000, the PlayStation 2, the successor console, was already out. And retail prices for Sony's first console had fallen to only $150 at the time.

But the schools actually got a discount on the consoles. Sony agreed to sell the consoles to Lightspan Achieve Now participants for the warehouse price of $92 per unit.

Clearly, Lightspan jacked up the price for its software to outrageous levels because it knew the government was footing the bill.

It's also worth mentioning that the software was reportedly of low quality. Today, there are several retro video game reviewers who roast the poor quality of Lightspan's software.

Again, it's difficult to find all the information on Lightspan. But from what I can find, at the company's peak, it had at least 4,000 Lightspan Achieve Now program members. If it sold every one of them at $12,000, it would have taken the government for $48 million by selling it crappy overpriced software.

But this is probably the worst part of this tale: Lightspan didn't even end up making its investors any money over the long run.

It was a good idea to make money. But I wouldn't call Lightspan a major success. It was mostly a failure for the taxpaying public.

The Lightspan story should serve as a cautionary tale of how we allow our government to spend money on the ideals we support. Of course, we all want children to be familiar with technology. But that didn't mean we had to hand out video game consoles. There were better ways.