The Most Important Wealth Preservation Tool on Earth

Oh, hi there. Please let me introduce myself...

My name is Luke. And I'm excited to begin writing for Park Avenue Digest. My thanks go out to Charles Mizrahi for allowing me the opportunity to help you in making money and preserving your wealth.

I've been interested in investing and finance since middle school. In the seventh grade, I was given a class assignment to paper trade stocks. And I still remember my three biggest positions: Coca-Cola, Playboy, and gold.

Of course, the first two make a lot of sense. I mean, from a 13-year-old boy's perspective, who doesn't love Coca-Cola and Playboy, right? But my gold position was an outlier that even my teacher questioned: Why is a 13-year-old interested in gold?

The fact is, I've always understood the importance of wealth preservation, even if I couldn't articulate it back then. I've always known that saving money was just as important as making it. And I have my father to thank for that. Thanks, dad.

From there, I didn't stop. I started paper trading stocks on my own. I'd come home from school every day to keep track of my positions in one of those marble notebooks.

As I got older, my interest in investing, finance, and also micro and macroeconomics only grew. And I was fortunate enough to eventually land a job with a financial publisher when I was only 24 years old.

Since then, investing and finance has been my life. And I wouldn't trade it for anything.

Among my main areas of focus have been behavioral and applied economics, monetary theory, and macroeconomics. I study the markets every single day and hope to use what I've learned throughout the course of my career to help you in profiting and saving, too.

Many people will end up hating my ideas. But that's not because they aren't profitable. Instead, they end up hating my ideas because, well, as far as I can tell, I don't take them to the extreme. Many goldbugs want to read that prices for the yellow metal are going to $50,000 an ounce. Conversely, many dollar bulls want to read that gold is a worthless relic. I tend to argue for somewhere in the middle.

I'm not here to feed you a bunch of bullshit. And when I see hyperbole, coercive rhetoric, logical fallacies, etc., I'll call it out. That's even if I agree with the end position of the argument. This is what I call “rational thinking in an emotional market.”

So, I'm frequently lambasted for disagreeing with hyperbole. But that's okay with me. My success in investing justifies my stance.

I want to dedicate the rest of my time with you today to briefly talking about gold and why it's an important asset-preservation tool. And there's no better example of why investors should own some gold as a hedge than Venezuela...

“I guarantee to Venezuelans that there will be no shortages of food or medicine.”

Well, so much for that guarantee…

Venezuela is currently going through its worst crisis in history. Two decades of socialist politics and economics date back to the election of the late Venezuelan President Hugo Chávez in 1998. And they've sent Venezuela’s economy into a tailspin.

Back in the late 1990s, Chávez nationalized the country’s farmland, manufacturing, and oil industries. At the same time, he enacted stringent capital control to stem capital flight and to prop up the Venezuelan bolivar.

Chávez’s plan was successful at first. It reduced poverty and increased opportunities for the nation’s poor. But that was short-lived. During his 15-year term, human rights eroded, particularly in the freedom of the press and the rule of law. And the steep drop in oil prices from 2012 to 2016 tossed the Venezuelan economy into a downward spiral.

Now, the chickens are coming home to roost…

Over 1.5 million people have fled Venezuela in recent years. This is because of the country’s lack of food, medicine, and other basic necessities, which is a result of hyperinflation. And those who stayed are starving to death.

Years of recession and an inflation rate that’s now over 40,000% have made the country’s currency almost worthless.

A cup of coffee in Venezuela now costs more than 1 million bolivares. And the inflation rate is still rising. Projections show that inflation could reach 500,000% by the end of the year.

Venezuela's story shows us that socialism doesn’t work. But more importantly, it shows us the importance of owning gold to hedge against inflation.

Of course, there most likely isn’t any gold in Venezuela to buy anymore. But Venezuela cash that was converted into gold 20 years ago is still protected.

Everyone wants to get rich by owning gold and precious metals. But the real reason to own these metals is to hedge against situations exactly like this. And this isn’t the first time that gold has protected owners against hyperinflation.

Hyperinflation in Germany in the early 20th century is another great example. An ounce of gold traded for about 170 marks in 1919. By 1923, 1 ounce of the yellow metal sold for 87 trillion marks. That’s an increase in prices of over 50 trillion.

History shows us time and time again that the best wealth protector against hyperinflation is gold. It’s the only insurance policy that’s guaranteed.

With that in mind, the first thing that I want you to do is buy some physical gold if you don't already own some.

And if you don't have any exposure to physical gold bullion at all, that's what I want you to buy right now: 0.25 ounces of gold. That's it. A quarter ounce of gold will only cost you about $350 right now. I always recommend that people buy American Gold Eagle coins. And that's because they're the most recognizable and most liquid bullion coins in the world. 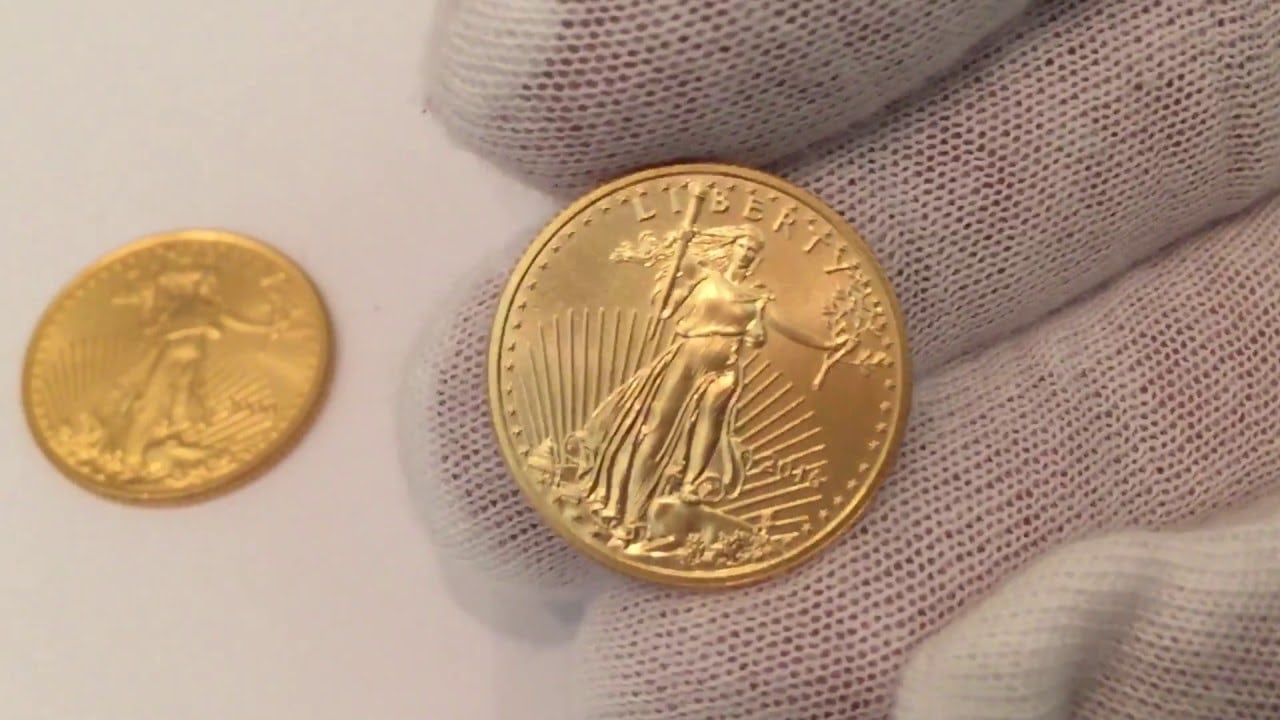 There are several reputable online bullion dealers. But it's always best to shop around. Here's a good place to start comparing prices.

I want you to buy a quarter ounce of gold today — right now. With a simple $350 investment, you can have more gold bullion than what would be available to everyone if it were distributed equally.

Again, my thanks go out to Charles Mizrahi for this opportunity. And I look forward to helping you in making money and preserving wealth.