The War on Plastics Means Profit for Paper Investors

It's a fight that's been simmering for decades...

An all-out war on plastic.

In the blue corner, weighing in at 9 million tons, is 40% of the U.S. population who identify as environmentalists.

And in the red corner, the undisputed champion of the world, is the demand for strong and cheap materials from both producers and consumers.

Tonight's event promises to be a classic in every sense of the word.

Let's get ready to rumble! 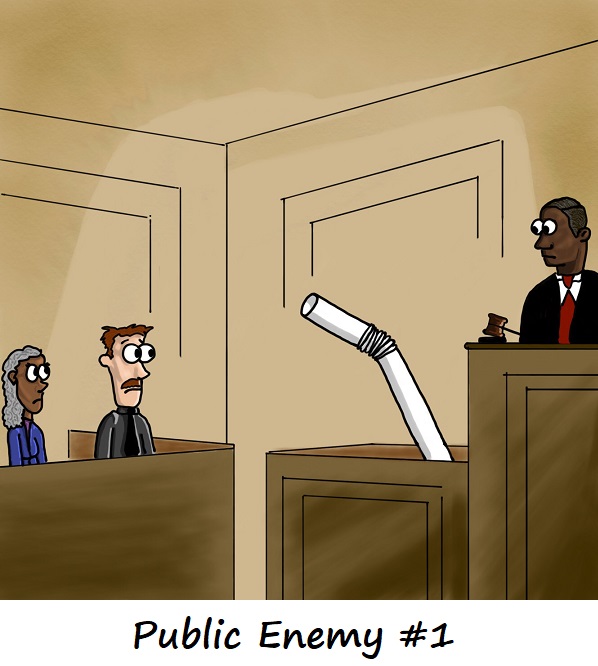 Under public pressure, governments all over the world have begun to ban or tax plastics to discourage their use. The U.K., Australia, Chile, China, and France are only a few examples of nations that have all regulated the use of plastics on a federal level.

In America alone, about 350 cities, counties, and states have already banned or taxed plastic bag use.

Corporations are jumping on the trend, too. Earlier this year, Starbucks made national headlines for weeks after it announced that it would stop using plastic straws. And albeit it to less fanfare, American Airlines and Hyatt also announced that they would phase out the use of plastic straws globally.

So, how did we get here?

The war on plastic is the result of long-term growing concerns over plastics in the oceans. But the catalyst for the recent battle against plastic was a 2009 research trip. It provided the first detailed view of plastic debris floating in a remote ocean region.

Researchers from the University of California, San Diego (UC San Diego) surveyed the abundance and distribution of plastic in the Pacific Ocean and assessed its impact on marine life.

The Scripps Environmental Accumulation of Plastic Expedition (SEAPLEX) found evidence of plastic waste in more than 9% of the stomachs of fish collected during the voyage. 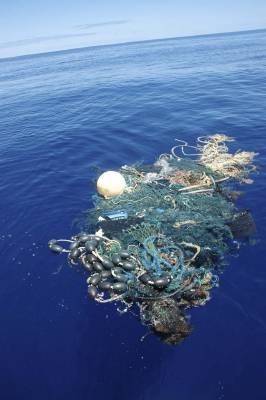 One researcher said, "Finding so much plastic there was shocking. How could there be this much plastic floating in a random patch of ocean — a thousand miles from land?"

It's hard to argue for the use of plastics. Of course they're durable and cheap. And that's financially good for everyone. But no one can deny that plastics aren't good for the environment.

Plastics are nothing more than solidified petroleum products. And they take up to 1,000 years to decompose in landfills.

For the most part, the environmentalists will almost always win the argument against plastics.

That makes plastic an easy target. And everyone loves to attack easy targets, especially politicians.

I predict that the war on plastic is only getting started. I wouldn't be surprised to even see federal bans against and taxes on plastics here in the U.S.

And while the battle against plastic rages on, one market will benefit on the sidelines: paper packaging.

Like plastic, paper packaging is versatile and cost-efficient. But it's also biodegradable. Paper carry bags decompose within two to five months. And paper is easy to recycle.

But as more cities, states, and nations around the world continue to ban plastic bags, the paper packaging industry may see a boost in steps...

That includes companies like WestRock Company (NYSE: WRK). WestRock was formed in 2015 after the merger of leading U.S. paper packagers MeadWestvaco Corporation and RockTenn Company. Since then, the company has made numerous acquisitions. And it's positioned itself as the largest paper packaging company in America and the second largest in the world.

Chances are, you've used one of WestRock's products without even knowing it. The company produces a wide variety of folding cartons for thousands of brands. That's everything from cereal boxes to cigarette cartons.

But folding cartons are only one of the company's products. It's also a leading producer of kraft paper. That's the thick brown paper used for paper bags. And that could put WestRock in a nice position as plastic bags continue to be banned. 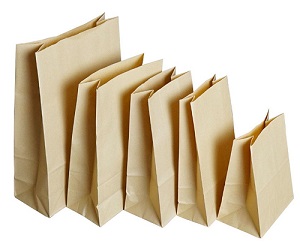 It's worth mentioning that WestRock is also one of the country's largest integrated paper recyclers.

Shares of the stock have pulled back over the past few months. Falling income throughout 2018 has pushed many investors away. More recently, WRK got clobbered at the beginning of October. This was after a few investment management firms sold positions and the stock was downgraded to "sell" by Zacks:

But at this point, it seems that the stock is a bit oversold. WestRock currently has a price-to-book (P/B) ratio of 0.96. And the company's closest competitor, KapStone Paper and Packaging Corporation (NYSE: KS), has a P/B of 2.57.

WestRock's earnings per share (EPS) is also quite low, compared to the industry average. WRK has a trailing price-earnings (P/E) ratio of 6.07 and a forward P/E of 9.57. Across the board, paper and packaging stocks have an average P/E of 15.11.

Pepper in the broad equity downturn from last week and it appears that WRK is a little undervalued.

But that could change as the war on plastic rages. WestRock and other paper packaging companies seem well-positioned to take advantage of a plastic bag ban.

Have a look at WestRock's website for more information on the company.

P.S. As a disclosure, I do not own shares of WestRock.

Are Oil Prices Going Over $100 Per Barrel?
Cuts to global supplies and healthy demand are leading some investors to believe oil prices will again cross $100. Will they? Maybe. But for energy investors, it doesn't really matter. Energy and Capital editor Luke Burgess explains why...
Trump to Unveil Support for Socialist Energy Policy on Tuesday
Trump not only opposes real free market policies, abut he supports socialist ones.
The Only Sure Thing In Investing
The Only Sure Thing In Investing