What Hollywood Taught Me About Trading

I started on Wall Street, trading on the floor.

I had virtually nothing when I started.

I even had to scrounge around and borrow money from family members so I could pony up the $12,500 it cost to rent a seat and open an account on the New York Futures Exchange.

Floor trading gave me an education in financial markets that you can’t get anywhere else.

One of the great things about being a floor trader is that you get to meet a lot of interesting characters. 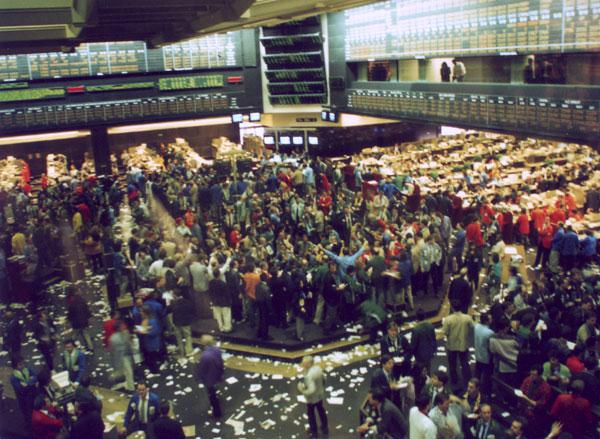 There was one trader that was on a 20-day winning streak. He didn’t want to jinx himself, so he wore the same exact clothes (underwear and all) every single day he was on his streak.

The guy smelled horrible after a few days, but no one said a word to him. At the end of the trading day, he bought beers at the local watering hole for anyone that had to stand around him in the trading pit.

Another trader, while on a winning streak, took the same exact route from his home to the floor every single day — regardless of NYC traffic.

I never believed in any of that crap.

If I made or lost money it wasn't because of the underwear I wore the day before or if I took the subway rather than the bus.

I made money because I analyzed the market based on what I knew and took a position.

I had no one to blame for my failures and no one to take credit for my successes...

That’s just the way I trade.

Right around the time I first started trading on the floor in 1983, a movie starring Dan Aykroyd and Eddie Murphy, Trading Places, hit theaters. 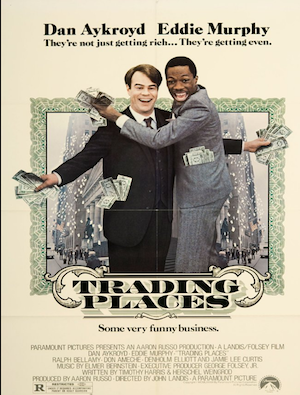 For those of you who haven't seen it, the plot revolves around a snobby investor and a con man. They find their positions reversed as part of bet by two millionaires. The final scene of the movie is played out on the trading floor, where the millionaires get taken to the cleaners.

The movie didn’t only make an impact on traders, due to its accurate depiction of the trading floor — it also made an impact on regulators! In 2010, the head of the CFTC proposed to Congress a rule called the “Eddie Murphy” rule based on Trading Places!

When the two characters are about to walk on the trading floor, the snobby investor gives the con man a pep talk on what to expect:

Think big, think positive, never show any sign of weakness. Always go for the throat. Buy low, sell high. Fear? That's the other guy's problem. Nothing you have ever experienced will prepare you for the absolute carnage you are about to witness. Super Bowl, World Series — they don't know what pressure is. In this building, it's either kill or be killed. You make no friends in the pits and you take no prisoners. One minute you're up half a million in soybeans and the next, boom, your kids don't go to college and they've repossessed your Bentley.

His description of the trading pit is just as valid today as it was when the movie came out 30 years ago.

Good trading advice isn't about what to buy or sell, or even how to analyze markets.

Instead, it focuses on keeping your emotions in check. If you lack confidence, are scared, unable to handle the pressure, and take it personally — you have a slim chance of making money in the markets.

It’s that simple — emotions are the greatest thief of profits.

Fear? That's the other guy's problem.