I was never a FOMO investor.

If you bought Bitcoin or any cryptocurrency...I’m sorry to say, but you’re a FOMO investor.

FOMO, Fear of Missing Out, is one of the worst ways to invest. Yet it is so tempting.

This past December Bitcoin traded close to $20,000. 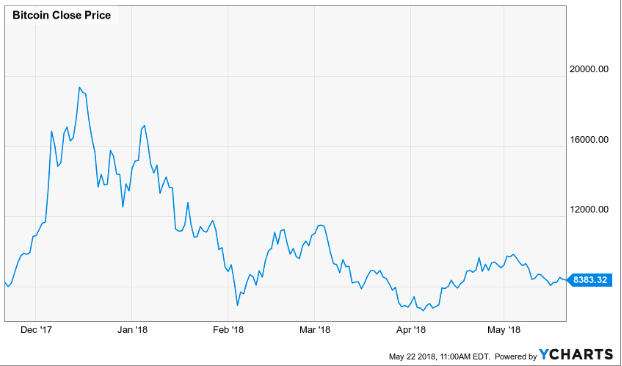 It was rising based on FOMO.

If you’d ask 99 out of 100 investors, what is Bitcoin, or any cryptocurrency worth...you’d get a blank stare. No one knew.

But the price kept rising, higher and higher each day.

The internet was chock full of success stories.

When you’re dumb neighbor tells you he just made $10,000 trading cryptos...it’s hard as hell not to be sucked in.

The rise of unsophisticated, that are investing based on FOMO, is fertile ground for fraudsters.

The Wall Street Journal analyzed 1,450 cryptocurrency offerings. They found that close to 20% of them were outright frauds!

If you have no idea what you are investing in, and you’re just doing it because of FOMO, be prepared to lose your money.

I was never tempted to invest in cryptocurrencies. I’ve seen this movie before, and it ends badly.

I was never tempted to buy and didn't recommend any cryptos to you.

And because the crowd had been heading in that direction, I knew to head the other way.

But there was also something more. Here are three of the reasons I've stayed away:

If you've never traded cryptocurrencies, don't start. It's much smarter, safer, and more profitable to buy a piece of a business: stocks.

These companies are the 800-pound gorillas in their industries. They generate hundreds of billions of dollars in free cash flow each year and return it to shareholders in dividends and stock buybacks.

Stocks are real assets that can be valued based on the worth of their businesses. Instead of trading them, the best advice is to hold them.

And over time, you'll reap the rewards of greater returns and more money. And that's more than what can be said for cryptocurrency traders.