Why Speculation Could Kill Your Retirement

The financial crisis had been just warming up. Over the next 12 months, major Wall Street banks would teeter on collapse and the world would start to go through an "economic tsunami."

The caller was from the New York University School of Professional Studies. 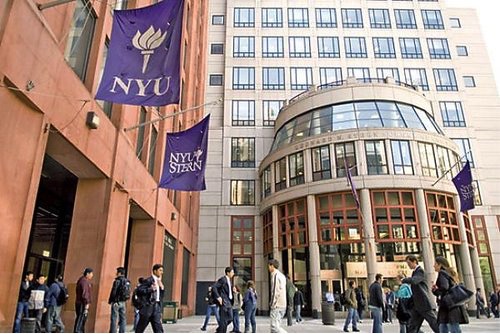 The chair of the finance department had recently read my book. And he wanted to know if I'd be interested in teaching a course on investing.

NYU already offered several courses on investing. They were taught by academics. Those professors had a lot of fancy degrees after their names.

I told him that I hadn't even finished college and had barely completed my freshmen year.

He said he knew that and it was why he wanted me to teach the class.

What had been going on in the financial world had never happened before. Textbooks would need to be rewritten. He wanted someone who had real-life experience in trading markets.

This guy had done his research. He'd made some calls. So, he knew that I'd left college to be a floor trader.

He also knew that I'd started my money management firm when I'd only been 22 years old.

I was hesitant. I'd never taught a college-level course. The students taking the course would be professionals.

But I'd been wrong. These were serious people who were paying for the course out of their own pockets. They wanted to be there and wanted to learn.

I was wavering. But what he said next sealed the deal for me…

Green Light to How to Make the Real Money

He told me that I would have free reign to build my curriculum.

All I'd need to do was send it over and he would green-light it — no committee approval needed.

We made plans to offer the course in the fall 2008 semester. I wanted a class that was no larger than 20 students.

My idea was to break the class into small groups of four to five students. They would learn how to analyze a business from the bottom up.

And that was because a stock isn't a jiggle or wiggle on a chart. It's a real business that has products, services, employees, competitors, etc.

During the summer, he called again me to let me know that my class was oversubscribed.

The week before the first class, I hadn't been able to sleep. I was nervous. I wasn't sure if I'd be able to take my knowledge and experience to pass it on to the students.

Before the first class of the course, I paced back and forth. I was so nervous that I couldn't eat lunch.

I arrived at the class at 6 p.m. The start time was 6:30 p.m. And when the last registered student sat down, we were off to the races...

A Lesson in Not Investing in Bitcoin

It took me a while to get comfortable. But when I did, the class went great.

Over the next eight weeks, I had a fantastic time with teaching and learning. The students were highly motivated and really kept me on my toes.

It was author Robert Heinlein who said, "When one teaches, two learn."

Looking back, I would've started my class off differently. By asking this one question, I would've gotten my point across in one lesson instead of three.

In fact, I use this question when I'm invited to speak at schools and seminars.

Earlier this year, I spoke at a three-day workshop. The students had paid several thousand dollars to attend.

It was less than two months since Bitcoin had made its all-time high of $20,000.

The mania for Bitcoin and other cryptos had been enormous. It seemed that everyone in the audience knew someone who'd become an overnight millionaire.

I asked one question to start my workshop: "How many people here have ever invested in a cryptocurrency?"

Of the 15 people in the room, five hands went up.

I told those five to please leave the room and that I would arrange to have their money returned to them.

At first, there was nervous laughter. And then they saw that I was serious.

I told them that if they'd invested their hard-earned money in cryptocurrencies, they had no business in learning how to invest.

Because if you invested in cryptocurrencies, you don't understand what investing is all about...

I asked the five cryptocurrency "investors" to explain to me what Bitcoin actually is.

After they mumbled something they'd read or heard, I pressed them further.

Five minutes later, we all agreed that they had no damn clue what it was.

I then asked them to value Bitcoin. They looked at me like a deer caught in the headlights.

I told them to sit down and pay extra careful attention because they'd made the worst possible mistake they could make when investing. And my hope was they'd never do it again.

The next few days went amazingly well. I realized how much better I was at teaching than I'd been a decade earlier...

If I'd been in NYU in 2008, I would've asked my students the following question: "How many people here have ever bought a mortgage back security or a collateralized debt obligation?" 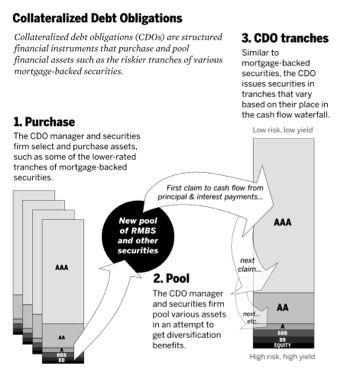 No one could figure out what they'd been investing in.
Source: Final Report of the National Commission
On the Causes of the Financial and Economic Crisis
in the United States.

Between 2005 and 2008, those "securities" were all the rage. Investors and institutions were buying them hand over fist. But at the end of the day, they had no idea what the heck they'd been buying.

They turned out to be so complicated that even professionals hadn't been able to figure out how to value them. These securities brought down Bear Stearns and Lehman Brothers.

The latest mania that will cost investors dearly is marijuana stocks.

The future of pot stocks is still up in the air.

Only a handful of states in the U.S. consider it legal. And the only way to buy pot is with cash. Banks won't allow pot to be bought with credit cards.

Given those uncertainties, how do you value a pot company? I really have no idea. I'm not here to pound my chest. But I do know from my more than 30 years on Wall Street what the most profitable ways to make money are.

To find out more about how to beat the Wall Street insiders, you'll need to click here.