Why You Should Never Dress Better Than Your Boss

"You’re not going into the meeting wearing that thing!"

After the year we'd had in 1998, my phone was ringing off the hook.

Barron’s had just listed the return results of advisors for 1998, and we were at the top of the list.

The past few years had been good ones for us; I was getting calls from investors all around the world. One was even flying in from Paris just to meet me.

But this hadn't always been the case...

A few years earlier, I'd hired a business development person — a fancy name for a salesperson.

“George’s” job was to use his contacts to get me in front of allocators that could throw $5 million to $10 million my way. It was notoriously hard to get appointments with them.

Allocators are firms on Wall Street that give out money to managers. Some of them I'd called and left dozens of messages with over the years. Now, they were calling me for appointments.

George was getting our name out there on Wall Street. I really liked him.

He was much older than me, very unassuming, and had contacts all over the world…

Everyone I spoke to only had good things to say about him.

George dressed and spoke more like a college professor, and he certainly didn’t sound like anyone I knew who'd spent their entire career on Wall Street.

It was Time to make a Big Splash on the Street

Our Barron’s ranking had come out over the weekend, and George called me early Monday morning.

He was very excited. “Charles,” he said, “I harpooned the whale!”

We’d been trying to get in front of a certain Wall Street allocator firm for years. George had exhausted all of his contacts in trying to get us a meeting. But nothing ever panned out...

The minimum allocation that the firm gave out was $5 million. While the money was great, having it allocated to us meant that we'd passed the test. If the firm gave us money, others would follow.

Because as much as Wall Street takes pride in its independent thinking, it always ends up playing follow the leader...

After a few back-and-forth calls, George locked down a meeting — two weeks later on Wednesday at 4 p.m.

We agreed to meet in the lobby of the building 30 minutes before the appointment.

Over the next two weeks, I worked on my presentation.

I made sure that all the charts were perfect and that my pitch was laser-focused.

I also made sure that my Allen Edmonds shoes were spit shined and that my custom-made suit was pressed.

This meeting was big. If all went well, it would catapult us into the big leagues.

The morning of the meeting, I was as nervous as a kid on his first day of school.

I knew how much was riding on this meeting going well. Life boils down to just a few precious moments, and this was one of them...

It was a bone-chilling day in New York City. Even though I was wearing a heavy overcoat, gloves, and a hat, I still couldn’t get warm. The subway ride was no warmer — I happened to pick a train that was having problems with its heater.

After walking the three blocks to the meeting, I met George in the lobby. He was as excited as I was but was acting really cool and collected.

Riding in the elevator, George had me review the pitch one more time.

We got off on our floor and were met at the elevator.

We were escorted to a private waiting room. They had hot tea and finger sandwiches on the table. The tray was sterling silver, and the cups were fine China. This office was classy.

While sipping tea, my watch started to buzz. It was 4 p.m. — the time that the New York Stock Exchange closed.

My watch had five alarms. It rang when different stock markets around the world closed.

My watch was a Casio on a plastic watchband.

George almost hit the ceiling when he saw it. I’d never seen him lose his cool before. “You can’t go in there and ask for $5 million while wearing a $50 watch," he said.

George and almost everyone else I knew on Wall Street had expensive watches.

Although I could’ve easily afforded one, I'd never cared to buy one…

I didn’t have the need to show off to the world about how successful I was.

Spending so much on something that wouldn't have moved my happiness needle an inch seemed like a waste of money.

I told George, “First, my Casio cost $20, and secondly, I’m going to ask for $10 million.” I'd never lived my life needing to impress anyone, and I wasn’t about to start...

After trying to talk me into putting my watch into my pocket, he gave up. He wasn’t too happy about it either.

I was spared further discussion when our appointment was ready to meet with us...

The meeting went well — much better than we'd expected.

I like to think that my presentation made the difference. But the firm had actually been watching our performance for a few years. It had done its homework on us before we'd ever stepped foot in the office. The meeting was just a formality.

A few weeks later, I received a fax.

The firm had agreed to an allocation of $10 million.

Twenty years have passed since that meeting. And since then, I’ve met heads of state and billionaires. I’m not a flashy type of guy, and I’ll never pretend to be. I've always been myself and have never put on a show — what you see is what you get.

Maybe that’s why I’ve also looked to investing with CEOs who seem to lead their lives in the same way. I’ve found that those CEOs end up being the wealth builders.

Warren Buffett is a tightwad and still drives his own car to work. Jeff Bezos works from a “desk,” which is nothing more than a door mounted on four pieces of wood. And he’s pretty proud of that, too. 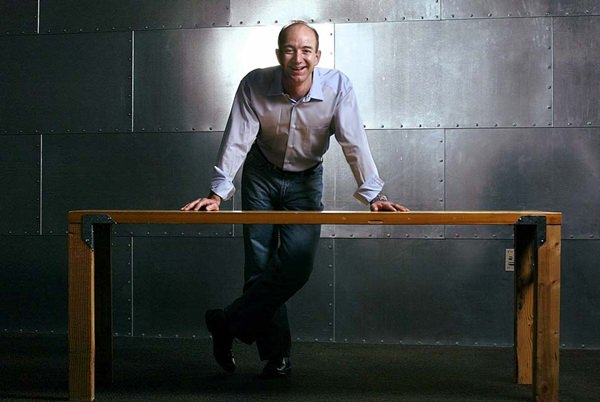 The combined wealth of these two men is greater than the GDP of Portugal.

They don’t have the need to impress anyone with their mansions or yachts. Instead, they let the results of their businesses do the talking.

Buffett takes pride in investing in so-called “boring” businesses. He should. They’ve been his best-performing stocks over the years…

This includes boring companies from the likes of soft drink giant Coca-Cola and condiment king Kraft Heinz to homebuilder Clayton Home and reinsurance company General Re.

These companies won’t win any razzle-dazzle awards but they do provide fantastic returns for the long haul.

I love it, and you should, too.

And I’ve found a great company that meets every Buffett investment philosophy perfectly. Over the past 10 years, it's returned its investors over 550%.

That's why I’ve followed this company for the past 10 years. I first invested alongside this CEO back in 2008. He has all the right stuff. In fact, he’s the billionaire that most people have never heard of.

He’s turned his business into a compounding machine.

And I have all of the confidence in the world that he’ll continue making his shareholders steady returns in the years to come.

I just finished my research report on his company. And I want to give you full access to it.

Like I said earlier, this opportunity is huge. Not to mention, it could have you earning some really great (and steady) profits.