But I’m going to fill you in on a little secret of his that you can use to take advantage of Wall Street, then spend the rest of your free time on working on your golf game.

And if you think Eddie was an investment guru, think again. 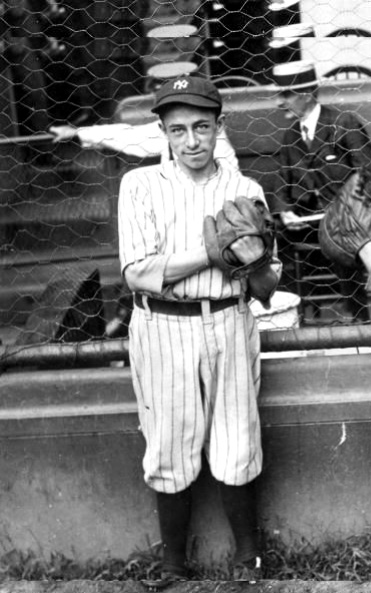 Truth is, he probably couldn’t have told you the difference between a stock certificate and a diploma. He didn’t attend an Ivy League college, and he probably never had more than a grade-school education.

Instead, Eddie was smart — street smart — and it was directly connected to major league baseball.

No, he never played the field or even stepped up to the plate, yet the teams he was on went to league titles and even the World Series. Eddie was attributed a share of the winnings when the New York Yankees won the World Series in 1927.

You see, Eddie was a batboy... the kid who lugged around the bats, picked up gloves, and did everything the players asked him to do.

Eddie’s genius, however, was that he was able to spot winners and stick with them.

And it’s easy for you to do the same right now...

In his 2002 letter to shareholders, Warren Buffett wrote about Eddie Bennett, who started as a batboy in 1919 for the Chicago White Sox the year they went to the World Series.

Eddie then switched to the Brooklyn Dodgers, and they too went on to win their league title. He then moved on to the New York Yankees in 1921.

Over the next seven years, the Yankees won five American League titles. In 1927, players such as Babe Ruth and Lou Gehrig voted him a share of their World Series winnings.

Buffett said that the lesson is not how Eddie lugged bats, but “what counted instead was hooking up with the cream of those on the playing field. It’s simple—to be a winner, work with winners.”

Hooking Up with Winners

Imagine it’s 1956 and you heard about this guy in Omaha, Nebraska, who works out of a tiny study that can only be entered by passing through his bedroom. He stays home all day and works around in socks.

But this guy is smart — really smart.

Since a few of your friends already vouched for him, you give him $10,000... and then go back to do whatever you were doing five minutes before you heard of him.

The “odd-guy” from Omaha was Warren Buffett, and if you met him in the early days of his career, you would’ve hit the jackpot.

And yet, there are a whole bunch of “Berkshire Billionaires” living in Omaha, Nebraska, that did invest with Buffett.

Now, the biggest decisions they make are whether they should donate $100 million to a hospital, fund medical research, build a new wing for a local college... or donate to them all!

Investors such as Buffett come around once in a lifetime, but there are a handful of great investors that are knocking the lights out right now.

In order to take advantage of the “Bennett Investment Approach,” you don’t have to know much about financial statements, interest rates, or the annual GDP — all you needed to do is:

That’s it... Doesn’t sound too difficult, does it?

One of the best-kept secrets on Wall Street is that it’s actually simple to beat the market, or even the insiders that prey off of individual investors like us.

And my readers and I have seen it work hundreds of times with our own eyes!

You want to find an investment that fits into the time-tested principle of putting your money on a highly successful “jockey” rather than a horse.

History has shown us that these “jockey” investments — think of legendary managers at the helm of mammoth companies like Wal-Mart and Amazon — can result in unprecedented payoffs.

But I want to do more than just tell how find these opportunities... I want to show you!

I’ll reveal the name of one company that is being hailed as "The One Stock to Own for the Next Decade."

I see the same explosive potential for this one investment that Amazon and Wal-Mart had a decade ago.

You can learn more by clicking here.