"Fools rush in where angels fear to tread.” — Alexander Pope

In the early 1970s, it hardly snowed in New York City.

That was a bummer for us kids who were in grade school.

It meant no snow days.

And no snow days meant no staying home from school, no snowball fights, and no watching television all day.

We had a few dustings, but nothing that would close the schools. But when I was in fourth grade, we did have a very nasty ice storm.

It started on a Sunday afternoon. The streets, trees, cars, and everything outside were covered in an inch of ice.

By Monday morning, conditions were even worse. It was freezing. Temperatures dropped to the low teens. But despite the ice storm, New York City schools were still open.

And my mom was not having us stay home and miss school.

I whined as best I could, “But mom, no one’s going to be there.” Mom replied, “Then you’ll be the only one in class, and you’ll have the teacher all to yourself.”

That surely wasn’t making me get dressed any faster…

Freezing and shivering, my brother and I reluctantly waited on the corner for the bus.

Thank goodness for the corner newsstand owner who took pity on us. He let us wait in his store for the bus.

When we finally arrived at school, there was hardly anyone there, which was just as I'd thought. I went to my homeroom, and there were only two other students there. They both lived down the block.

Instead of a class of 30, we were a class of three. And then Mrs. Friedman arrived…

Mrs. Friedman was an old, angry woman. A battle-ax, you might say. She’d been teaching since the Great Depression.

Looking back, she was an excellent teacher. She was just stern and tough.

Looking around the room, Mrs. Friedman’s stare was icier than the ice storm outside.

“Where are your fellow students?” she demanded. “How am I supposed to teach my lesson plan to just you three?” I don’t think she was expecting an answer. “If Mrs. Friedman can take two subways and make it to school on a day like this, you children should be able to, as well.”

Poor Mrs. Friedman. She was just letting off steam. Why be stern with us? We were in school. She should’ve been yelling at the kids who’d stayed home.

When I got home from school, I told mom how Mrs. Friedman reacted. Mom explained that Mrs. Friedman was only frustrated and that she’d meant her message for the students who weren’t there…

My message today, like Mrs. Friedman’s, isn’t meant for you. But like her, I want to be stern and tough because I want to make sure you don’t fall into a money-losing trap.

My message is directed at the fools who are putting their money into Bitcoin and other cryptocurrencies. 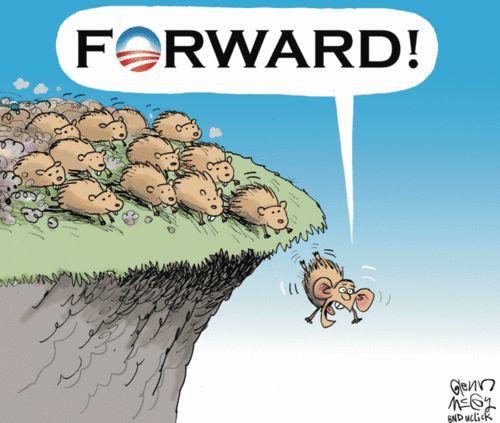 Before I make any recommendation, I always ask: Would I invest my mom’s money in this stock? If I can’t say yes to that question, the stock will never appear in my newsletter.

I spend dozens of hours researching companies, speaking to my contacts, and reading some more. I make sure that before I invest in anything, I know I'll be able to sleep at night and know that my investment advice was solid.

I wonder if other services ask the same question. Because if they had, they would've saved their subscribers tons of money by avoiding cryptocurrencies.

How so? I’ve asked people who trade Bitcoin to answer one question for me: How much is Bitcoin worth?

I’m not asking what it’s currently trading at — that’s the price. I want to know what’s the actual value of Bitcoin.

So, is its current price a bargain or is it still too high?

So far, no one has been able to answer me. Instead, they give me reasons why the price should keep going up.

Bitcoin looks like it’s in a typical asset bubble that’s about to burst.

Stefan Hofrichter, the head of Allianz’s Global Economics & Strategy, wrote a paper on eight criterions for determining if an asset is in a price bubble.1

Hofrichter outlines all the essential criterions for any asset-class bubble. And Bitcoin fits all of them to a tee...

What’s Driving the Hype in Cryptocurrencies?

If you bought Bitcoin or any cryptocurrency, I’m sorry to say it, but you’re a FOMO investor.

FOMO is one of the worst ways to invest, but it's so tempting. And that FOMO mentality is what’s driving the current rise in cryptocurrencies.

If you ask 100 investors what Bitcoin, or any cryptocurrency, is worth, 99 will just give you a blank stare. Almost no one knows.

But when your dumb neighbor tells you that he just made $10,000 by trading cryptos, it’s hard as hell not to be sucked in.

The rise of unsophisticated investors who are investing based on FOMO is a fertile ground for fraudsters.

The Wall Street Journal analyzed 1,450 cryptocurrency offerings. And it found that close to 20% of them were outright frauds!

If you have no idea what you're investing in, and you’re only doing it because of FOMO, be prepared to lose your money.

I was never tempted to invest in cryptocurrencies. I’ve seen this movie before, and it ends badly.

I was never tempted to buy any and didn't recommend any cryptos to my Park Avenue Investment Club members — EVER!

And because the crowd had been headed in that direction, I knew to head the other way.

But there was also something more. Here are three reasons for why I've stayed away:

Three Stocks That Are Better Than Cryptos

It's much smarter, safer, and more profitable to buy a piece of a business. In other words, stocks.

Before I invest in anything, I make sure it meets the following criteria:

And if I can’t understand and value something, then I shouldn’t be investing in it.

My job is simple: Find stocks that are financially sound and are trading at bargain prices.

These companies are the 800-pound gorillas in their industries. They generate hundreds of billions of dollars in free cash flow each year and return it to shareholders in dividends and stock buybacks.

Here are three stocks that have rock-solid balance sheets and are currently trading at bargain prices...

Stocks are real assets that can be valued based on the worth of their businesses. And a good business will earn more money year after year. Over time, the value of the business will increase and the stock price will rise.

Instead of trading them, the best advice is to hold them.

And over time, you'll reap the rewards of greater returns and more money. And that's more than what can be said for cryptocurrency traders.

1 Click here to read “Beyond the Bitcoin Bubble, the Benefits of Blockchain.”

Park Avenue Investment Club, Copyright © 2021, Angel Publishing LLC. All rights reserved. 200 Park Avenue, Suite 1700 PMB #313, New York City, NY 10166. The content of this site may not be redistributed without the express written consent of Angel Publishing. Individual editorials, articles and essays appearing on this site may be republished, but only with full attribution of both the author and Park Avenue Investment Club as well as a link to www.parkavenueinvestmentclub.com. Your privacy is important to us -- we will never rent or sell your e-mail or personal information. View our privacy policy here. No statement or expression of opinion, or any other matter herein, directly or indirectly, is an offer or the solicitation of an offer to buy or sell the securities or financial instruments mentioned. While we believe the sources of information to be reliable, we in no way represent or guarantee the accuracy of the statements made herein. Park Avenue Investment Club does not provide individual investment counseling, act as an investment advisor, or individually advocate the purchase or sale of any security or investment. Neither the publisher nor the editors are registered investment advisors. Subscribers should not view this publication as offering personalized legal or investment counseling. Investments recommended in this publication should be made only after consulting with your investment advisor and only after reviewing the prospectus or financial statements of the company in question.