Growing up in the 1970s, all my friends smoked pot.

I never did. Well, I tried it one time. I took one drag, and that was enough for me.

I couldn’t stop coughing, and the smell made me sick.

I wanted to disclose this information before I shared my thoughts on pot stocks... 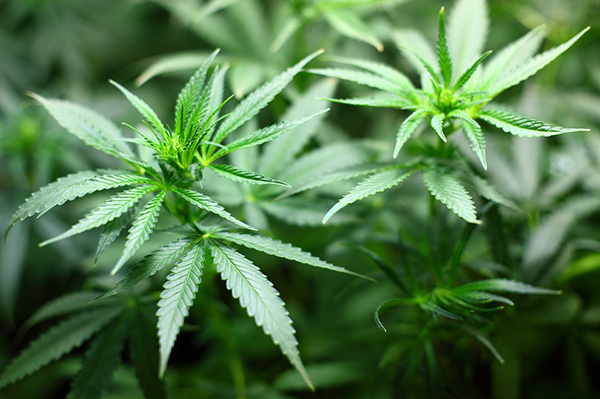 Because right now, investors are rushing into pot stocks. They're dreaming of making 20 times their money.

Senators Cory Gardner and Elizabeth Warren have introduced a bill to legalize marijuana at the federal level. Currently, only nine states have made the use of recreational marijuana legal.

Companies are pitching riches beyond investors' wildest dreams. Thoughts of adding pot to candies, soda, and gummies are the path to easy money.1

But before you start dreaming, too, let’s look at this rationally...

The key question that you need to ask is this: Is putting money into pot stocks an investment or a speculation? Your answer to that question will tell you a lot about the type of investor you are.

More than 80 years ago, Ben Graham, Warren Buffett’s teacher, defined what an investment is.

An investment operation is one which, upon thorough analysis, promises safety of principal and a satisfactory return. Operations not meeting these requirements are speculative.

Sure, you might spend a lot of time doing a thorough analysis on pot. And the returns can be satisfactory and even huge. But they do not promise safety of principal.

And because they don't qualify as an investment, they're a speculation. In other words, putting money into pot stocks is a speculation.

I have no problem if you choose to put your money into a pot stock. But I caution you not to fool yourself into thinking that you're making an investment...

The Value of Pot Stocks

Other than a handful of cannabis stocks turning a profit, most are losing money. And the ones that are making money are trading at sky-high valuations.

Fear of missing out pushed the stock up to $18 a share, even though the company has only earned $0.16 per share over the past 12 months.

In January 2017, the stock was trading at around $4 per share. There were 111 million shares outstanding.

By September 2017, the stock was still around $4 per share, but pot stocks were hot.

So, Aphria diluted its shares. Now, there were 139 million shares.

Right now, there are 182 million shares outstanding, and the stock is down by more than 50% from the January 2018 high.

As the number of outstanding shares increases, each existing stockholder owns a smaller, or diluted, percentage of the company. This makes each share less valuable.

As investors piled into the stock, management was only too eager to sell them more stock.

At the end of the day, Aphria grows an agricultural product: marijuana. So, it'll be subjected to all the risks that corn, cotton, and soybean have to deal with. This includes insects and plant diseases. Even though it will be grown indoors "under climate controlled conditions, there can be no assurance that natural elements will not have a material adverse effect on any such future production.”

Investors are willing to buy a $1.7 billion company that only earned $25 million and grows plants indoors.

I’ve seen this movie, and it always ends badly.

Keep in mind that Aphria, Aurora Cannabis Inc. (ACB), and any other Canadian pot stock can't sell their product anywhere in the U.S. Doing so would be illegal.

The competitive advantage of pot stocks is very low. One hedge fund took a short position on Aurora. The stock is currently trading for around $9 per share. The market cap is $5.3 billion. But the company hasn’t made a penny.

The hedge fund said the company could be recreated for about $150 million: 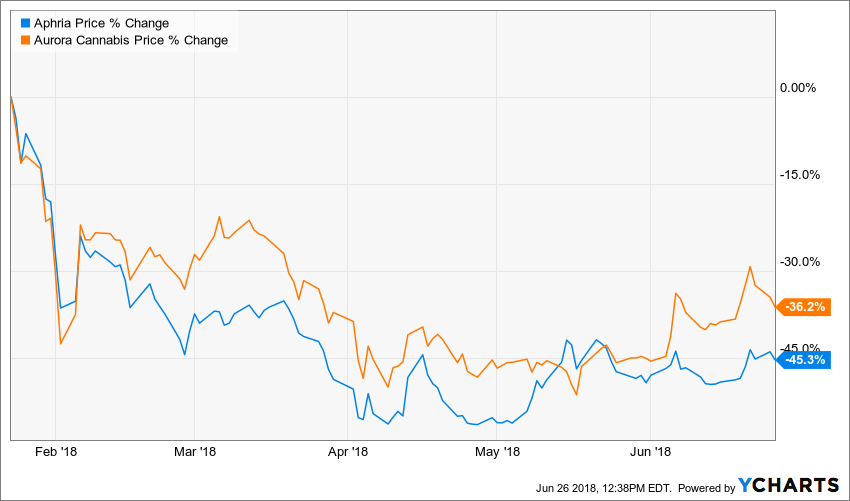 Apple is ranked as the No. 1 brand in the world. Its brand value alone is worth more than $180 billion!

Unlike Aphria, Apple has been buying back its shares. Over the last five years, Apple has repurchased close to 25% of its outstanding shares.

Apple earned more than $53 billion over the past 12 months from sales of $247 billion.

Apple’s market cap is more than $910 billion, which is just shy of $1 trillion!

If you deduct the $270 billion in cash and investments, Apple is trading at around 12X earnings.

There's a very low probability of someone suffering a permanent loss of capital when they invest in Apple. But the same can’t be said for Aphria and Aurora.

And that also goes for the majority of cannabis companies that haven’t even made profits, yet...

So, before making any investment, I suggest you ask yourself the following questions:

If you can’t answer each of these questions, then don’t do anything. Just stand there.

The key to making money over the long term is to make a bunch of smart decisions over the short term.

Stick with companies that have a healthy balance sheet and are trading at a bargain price.

In addition to Apple, here are a few of the stocks on my list that I’m watching:

The way I see it, cannabis stocks are nothing more than lottery tickets.

I don’t have a problem with you taking some of your hard-earned money to buy lottery tickets. It’s your money, and you can spend it any way you want.

But you shouldn't fool yourself into thinking that you're investing. You’re speculating. And if you're speculating, you should be mentally and financially prepared to lose your money.

1 The National Institute on Drug Abuse (NIDA) recently published a study on marijuana. Nationwide trends are not pointing in the right direction for kids 12 years old and up.

Park Avenue Investment Club, Copyright © 2021, Angel Publishing LLC. All rights reserved. 200 Park Avenue, Suite 1700 PMB #313, New York City, NY 10166. The content of this site may not be redistributed without the express written consent of Angel Publishing. Individual editorials, articles and essays appearing on this site may be republished, but only with full attribution of both the author and Park Avenue Investment Club as well as a link to www.parkavenueinvestmentclub.com. Your privacy is important to us -- we will never rent or sell your e-mail or personal information. View our privacy policy here. No statement or expression of opinion, or any other matter herein, directly or indirectly, is an offer or the solicitation of an offer to buy or sell the securities or financial instruments mentioned. While we believe the sources of information to be reliable, we in no way represent or guarantee the accuracy of the statements made herein. Park Avenue Investment Club does not provide individual investment counseling, act as an investment advisor, or individually advocate the purchase or sale of any security or investment. Neither the publisher nor the editors are registered investment advisors. Subscribers should not view this publication as offering personalized legal or investment counseling. Investments recommended in this publication should be made only after consulting with your investment advisor and only after reviewing the prospectus or financial statements of the company in question.